An EPOS system is a mixture of software and hardware devices that lets you process sales more efficiently and streamline your business.

That’s it: the 140-character definition.

But,Did you know the first generation of cash registers was invented before Sir William Armstrong’s mansion became the first to use electric light in 1881?

There are far too many more to the history of EPOS systems to fit within 140-characters. Read on to know where it came from and how it got where it is now.

When and Why POS Tills Started?

EPOS makes sale transactions, operations, and inventory management as convenient as convenient gets. It also allows for a comprehensive analysis of the business. As a result, having full control over all aspects of the business has always been vital to business owners and managers. Therefore, a system to make all that possible has always been sought after. This is what happened with EPOS systems. Surprisingly, the use of POS tills or cash registers goes back to the late 1800s. To be more specific, some suggested 1879 for the development of the idea, and some others believe it wasn’t until 1884 that the idea turned actually to action. Even though those machines helped businesses with different works, they were mostly created to stop dishonest staff from skimming off. To help the managers know when a transaction was made, those hefty mechanical tills rang a bell the second the cash drawer popped open.

How Did EPOS Systems Grow?

About less than a century later, those Point of Sales machines faced their evolution to electronic: networked Point of Sales systems. While they didn’t have as many features as the future generations would, this new system was a game-changer at the time as it offered way much more managing capabilities. These networked POS tills displayed the whole menu and calculated the total including sales tax. In the mid-70s, the essential component of any till i.e. barcode scanners was initially used in the market on the same networked tills. It literally set the tone for the next tills to come. It then grew to take its place in the market. McDonald’s was one of the first, if not the first to make use of this product.

During the next decade, i.e. the 1980s, the very first graphical touchscreen till – ViewTouch – emerged. While it didn’t dominate the market, they still featured an interface on a colour touchscreen and users could change the menu without having to go technical about it.

In the 90s, POS users, in particular, retailers weren’t satisfied with the current POS tills as they lacked decent personalisation and flexibility. Therefore, the demand for a product that integrated almost everything increased. On the other hand, improvements in technology skyrocketed during the decade. These two worked in hand to make a big breakthrough in the POS industry.  Then, in 1992, there appeared a software product that could run on a Microsoft platform. It connected the back and front office together to help the business owner have complete control in one place with a great deal of flexibility.

After a few years into the 2000s, the internet paved the way for an entirely new type of product. In great thanks to the worldwide network, POS systems went online. The software and hardware had already been made, and all they needed was the capability to connect from anywhere. This meant cloud-based features. A cloud-based EPOS software resulted in fewer costs, easy access, more mobility, more security of data, and zero data loss; the benefits just went on. These unique features took EPOS to a whole other level, hence to more various businesses. For example, those small to medium-sized businesses that couldn’t afford a POS till on their premises, now could use the software at much lower costs and the features as much efficiently.

Technology never stalls. After modern EPOS systems gained popularity among business owners in retail and hospitality sectors, EPOS makers started adapting their products to new trends and needs. Therefore, they started thinking about adding even more flexibility to the system and create something that can be used as a POS system without the help of a whole hefty bundle. As a result of this idea, new features of new devices were used to a great extent. These devices are so feature-rich in terms of both hardware and software that they can be used as somehow standalone Point of Sales systems. While some components such as recite printers are needed for some functionalities, they can still function as an individual POS till. As an example, features like in-built cameras on smartphones allow for a smooth, smart barcode scanner, and the cutting-edge technology behind NFC proves to be an efficient payment terminal.

These were mostly the hardware side of the business. Similarly to the hardware, the software has been upgraded with numerous advancements. Now there’s an intense competition between EPOS software companies in the UK as well as other parts of the world, to launch more comprehensive with lots of functionalities, yet easy-to-use EPOS systems at an affordable cost. This has even led to the development of innovative marketing strategies inside these companies to keep the quality high, the app sufficient, and the cost low.

At Selected EPOS, we help you find the most feature-rich EPOS system with the lowest price, which is tailored to your budget and condition. Get in touch for your free consultation. 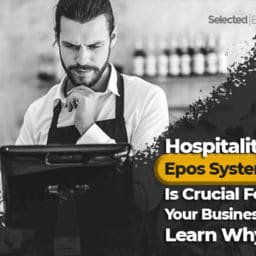 Hospitality Epos System Is Crucial For Your Business. Learn Why!
18 Aug 2020 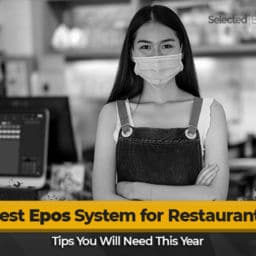 Best Epos System for Restaurants: Tips You Will Need This Year
16 Aug 2020

Covid-19 Retail and Hospitality Survival Tips
11 Aug 2020
We use cookies on our website to give you the most relevant experience by remembering your preferences and repeat visits. By clicking “Accept All”, you consent to the use of ALL the cookies. However, you may visit "Cookie Settings" to provide a controlled consent.
Cookie SettingsAccept All
Manage consent

This website uses cookies to improve your experience while you navigate through the website. Out of these, the cookies that are categorized as necessary are stored on your browser as they are essential for the working of basic functionalities of the website. We also use third-party cookies that help us analyze and understand how you use this website. These cookies will be stored in your browser only with your consent. You also have the option to opt-out of these cookies. But opting out of some of these cookies may affect your browsing experience.
Necessary Always Enabled
Necessary cookies are absolutely essential for the website to function properly. This category only includes cookies that ensures basic functionalities and security features of the website. These cookies do not store any personal information.
Non-necessary
Any cookies that may not be particularly necessary for the website to function and is used specifically to collect user personal data via analytics, ads, other embedded contents are termed as non-necessary cookies. It is mandatory to procure user consent prior to running these cookies on your website.
SAVE & ACCEPT